The Biblical Case for LGBTQ Inclusion

A Reconcile and Reform webinar

The Bible is the primary concern of most non-affirming Christians when it comes to LGBTQ inclusion in the church—specifically, how to faithfully interpret and apply the key biblical texts involved in this conversation. That concern is magnified when non-affirming Christians hear arguments for becoming LGBTQ-affirming that are dismissive of the Bible’s ongoing relevance and authority for our lives.

At The Reformation Project, we believe that Christians can both fully affirm the authority of the Bible and fully affirm monogamous, covenantal same-sex relationships and transgender people. Join Matthew Vines, author of God and the Gay Christian: The Biblical Case in Support of Same-Sex Relationships, for a Reconcile and Reform webinar about the biblical case for LGBTQ inclusion. The webinar will last for two hours to allow ample Q&A time after the main presentation.

Standard registration is $15, but monthly donors to TRP may attend for free—including anyone who signs up to become a monthly donor before the webinar. When you sign up, you’ll automatically receive an e-mail with the monthly donor code. 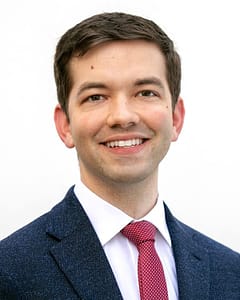 Matthew Vines is the founder and Executive Director of The Reformation Project. He is also the author of God and the Gay Christian: The Biblical Case in Support of Same-Sex Relationships, published by Convergent Books in 2014. In 2012, Matthew delivered a speech at a church in his hometown of Wichita, Kansas, making the case that Christians should affirm gay Christians and their marriage relationships. His speech went viral, having been seen more than a million times and leading to a feature story in The New York Times. In 2013, Matthew launched The Reformation Project to equip and empower Christians to advocate for LGBTQ inclusion in their faith communities. He speaks regularly at churches, universities, and conferences across the country.