Leading Your Church Toward LGBTQ Inclusion

A Reconcile and Reform webinar with Rev. Dr. Ken Fong

As the senior pastor of Evergreen Baptist Church of Los Angeles, a predominantly Asian American Pacific Islander congregation, the Rev. Dr. Ken Fong led his church through periods of significant change over his nearly four decades in leadership. One of the most important and challenging changes was leading his church’s journey toward greater inclusion and affirmation of LGBTQ Christians.

In this webinar, Rev. Dr. Fong will tell both his own story of becoming affirming and the story of his historic and ideologically diverse congregation‘s path to engaging this conversation—and embracing LGBTQ Christians. By sharing the lessons his church learned as well as things he would do differently in retrospect, Rev. Dr. Fong’s insights will benefit both church leaders seeking to shepherd their flock and church members desiring to partner with pastors to move their congregations toward LGBTQ inclusion. 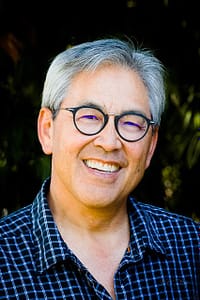 Rev. Dr. Ken Fong is the co-producer, host, and director of Asian America: The Ken Fong Podcast, which launched in 2015 and has featured over 250 AAPI guests and garnered nearly 420,000 downloads worldwide. He retired from pastoring and teaching in 2017 after having been on the pastoral staff of Evergreen Baptist Church of LA since 1981 and administration/faculty with Fuller Theological Seminary. When Ken was senior pastor at EBCLA, he led the church toward extending equal worth and standing to Christians who are LGBTQ. Ken previously served on the boards of InterVarsity Christian Fellowship, Westmont College, and the Asian American Drug Abuse Program, and earned his M.Div. and D.Min. degrees from Fuller Theological Seminary.